Southwater businesses throughout the years 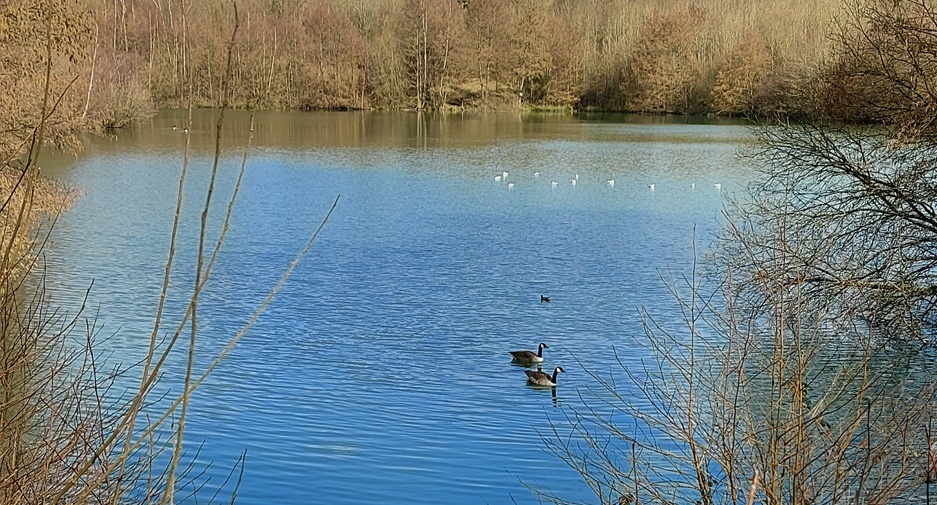 The contemporary village of Southwater is a thriving area of commerce, home to every type of organisation from small start-ups through to the headquarters of national charities. We’re proud to call Southwater home, both for our office and as the home for many of our team. Inspired by a visit to the local Southwater Library, and three books in particular, we’ve put together these interesting snippets of the history of business and trade over the centuries in our village.

What's in this article

Two of the books that inspired this article were written by the Southwater Local History Group, a fantastic local voluntary organisation who have amassed an incredible archive of material relating to the developments and origins of the village. The two books written by the group that we’ve used are ‘Southwater Victorians: Lives and Portraits’ and ‘Southwater A to Z: A Miscellany’, both available to read from the Southwater Library.

The third book, aptly titled ‘History of Southwater’, is split into two parts. The first part covers the period 1837 - 1907, documented through the life of Henry J. Smith. The second part of the book, covering 1907 - 1977, is written by Aubrey Chapman.

The early 19th century Southwater was dominated by a handful of large estates divided into leased farms.

One of the most substantial was Andrews Farm, dating back to the late mediaeval period. The 70 acres of land covered from the modern day Station Road through to what is now Foxfield Cottages and Oak Close. Owned by Sir Henry Fletcher, the farm was sold in 1890 to make way for the incumbent Southwater brickworks mentioned above. The farmhouse itself was demolished in the 1980s, with the area now used as a car park.

College Farm was owned by the Magdalen College, Oxford, explaining the name. The farm was located next to College Wood, and once housed College Barn, a concert hall that burnt down at some point during the 1960s and 1970s. A dig of the area by the Sussex Archaeological Society found items dating back to the era between 1250 and 1500, including an early mediaeval jug handle.

Great House Farm dates from 1462, but was enlarged in the late 16th century. By 1805, the farm was owned by Sir Henry Fletcher, and tenanted by the Charman family continuously from at least 1823. The Charman family were well known and highly respected within the village, with Aubrey Charman contributing significantly to the written history of Southwater.

Jackrells Farm, on Polecat Lane, houses a grade II listed building that dates back to at least the 17th century. The farm was originally part of the Denne Estate, although it was sold in 1930 when the estate was broken up and sold.

The first recorded business in Southwater was a smith, documented in 1346. Later references were made to two weavers in the village as far back as 1665. The wheelwright’s, ran for generations by the Piper family, flourished in the village from 1789.

Documentation of the village’s trade was formalised in the early 19th century thanks to the arrival of commercial directories such as Pike’s, Kelly’s and Piggot’s. These listings show that the mid Victorian era of Southwater was home to the many traditional trades required to support a predominately agricultural community of farmsteads. These include;

Timbermill was one of the original developments of Southwater, built upon the site of Piper’s former timber yard. Southwater had numerous timber mills and yards; the Child & Sons ran a timber business in the area now housing the Amberglades estate.

It was the opening of the railway in 1866 and the growth of the brickworks in the early 20th century that ignited growth in Southwater, with an early influx of coal merchants.

The demand for new houses for the brick workers led to the creation of the successful H Baker & Son building company, whose headquarters was located near to the contemporary Budgens. With the growing population saw the arrival of general stores, shops and cafes. The directories of the 1930s show a thriving local economy of small businesses and independent shopkeepers.

Southwater’s economy was often changing as a result of the latest developments and innovations. Following the arrival of the motor car, garages popped up across Southwater, primarily due to the close proximity to the main road. From the 1930s onwards, the following tea shops were established in the village;

The period between the 1950s and the 1980s brought about many changes to the businesses of Southwater. Whilst a variety of shops and businesses remained, the nature of their trade changed. Gone were the traditional trades, and in their place came light industrial activities. Constructed in 1974 was a small parade of shops, later replaced by the Lintot Square development, officially opened in December 2006. The Oakhurst Business Park opened in 2003 on twenty-one acres of land to the north of the village, and was home to the national headquarters of the RSPCA.

Whilst bricks are no longer made in Southwater, the legacy of the brickworks is all around us in the contemporary village. The most obvious relic of the brick industry is Southwater Country Park, housed on top of the former brickworks. Southwater bricks continue to be a common sight up and down the country.

The history of bricks in the village can be traced back to 1874, when the ‘Charles Weller’ firm was recorded to have been manufacturing bricks on a site just north of the railway line, in the area that is now Little Bridges. The firm were still manufacturing bricks, along with tiles and drainpipes, at a site now in Station Road as late as 1906.

The Charles Weller firm were not the only company making bricks in Southwater in the late 19th century. At the bottom of Bonfire Hill housed another brickworks, by the name of John Brown’s Brickworks.

Brickmaking in the village was taken to a new level in 1890 following the auctioning off of Andrews Farm, a seventy acre plot that was noted as having “great value for the purposes of brick making” owing to the close proximity to the main road, the adjoining railway station and the abundant clay. Andrews Farm was purchased by CJ Mills, who began the construction of the brickworks on the sprawling site.

In 1907, the Sussex Brick & Estates Co. took over the Southwater brickyards, following their previous acquisition of the local Warnham brickworks as well. In this period, Southwater bricks were used in the construction of Christ’s Hospital School as well as London Victoria Station.

By 1958, the company changed their name to Redland Bricks Ltd. In this period, the brickworks employed 100 people in Southwater, and some 300 at the Warnham works. In 1974 it was noted that the Southwater brickworks manufactured 18 million bricks a year, with some bricks being used in construction projects as far away as the Woomera Rocket Testing Centre in Australia.

Nathaniel Chantler, of Horsham, bought a quarter of an acre of Southwater land in 1806 for £50, with the purpose of building a smock mill. Completed later that year, the mill had a single storey brick base, with three floors above. The mill changed hands many times over the decades, and by 1885 had been greatly improved to feature a substantial brick-built and tiled 5 bedroom residency.

The mill burnt to the ground on the morning of May 25, 1914. The West Sussex County Times report of the time reported that “fortunately the Horsham Fire Brigade reached the scene in time to save everything except the mill itself”.

The insurance payout was estimated to have been £800 whilst the cost of repair estimated at £1700, so Mr Turner, the owner, decided against rebuilding the mill. The wind shaft and ironwork was sold as scrap, and the brick base dismantled and sold to Pepper & Son of Amberley for use in the manufacture of “rustic” fireplaces.

Still a popular feature of the contemporary village, the selection of pubs in Southwater has a diverse and interesting history. An alehouse was first recorded in the village as far back as 1542.

The Cock Inn, now known as the Tipsy Fox, can trace its recorded history back to 1772 when George Hammond took over ownership of the Inn from his father, also George. The Hammond’s had multiple periods of ownership of the pub throughout the centuries, with William Hammond later buying the pub for £750 in 1864. William Hammond was also a trained harness maker, using his skills to service the coaches and horses passing through.

The rear of the timber building dates back to the 16th century, with the front added later in the 18th century.

The Cock Inn developed as a coaching inn, owing to the close proximity to the main turnpike Worthing Road. The 1925 Blue Book Directory referred to the premises as ‘The Cock Hotel’, offering accommodation and even cars for hire! The pub returned to the former name of ‘The Cock Inn’ in 1937 following Arthur Morgan taking the reins.

The other pubs of the village do not have as well-documented a history, but they still appear fleetingly in the anecdotes and archives. The contemporary Bax Castle was traditionally known as the ‘Donkey Pub’ to the locals. The Fox and Hounds was the original name for the current Boar’s Head. The Hen and Chicken has retained its original name dating back to 1838, although the current landlords do not share the same occupation as the 1881 tenant, James and Ann Lewry, who were known pig dealers!

The Woodman’s Arms was listed as a beerhouse around 1900, situated near The Cock Inn, but this did not survive until the present day.

Founded in 1930 by Bill Whitehouse, Roundstone Caravan Park is still a feature of the contemporary Southwater, although in a different form. Mr Whitehouse was inspired by sight of a 1928 Eccles touring caravan; he foresaw the popularity of caravans and camping in the idyllic countryside. Whilst caravanning had already grown in popularity in other areas of the country, it had not yet taken hold in the south. Roundstone originally manufactured their own caravans, inspired by the Eccles designs. The first caravan, named Doris, was completed on 29 August 1930 using two axles from a 1919 Ford Model T.

The business grew in 1935 when the large field, formerly part of Pond Farm, was purchased to allow for extra holiday caravans to reside.

Following Mr Whitehouse’s death in 1951, the business temporarily ceased, although Bob Morris, the grandson of Mr Whitehouse, rejuvenated the business in 1957. The business was able to grow from strength to strength following the granting of a permanent licence in the early 1960s.

Today, whilst the sales side of the business has ceased, the community of 85 homes and caravans continues to thrive, alongside Raylands Park, the landscaped holiday park in Jackrells Lane.

This list of Southwater businesses has not been exhaustive, with many interesting and thought-provoking anecdotes and stories left for you to discover in the books available from the Southwater Library and in conversation with the Southwater Local History Group, who meet once a month.

At madesimplemedia, as a Southwater web design agency, we are lucky enough to have built websites for local historic businesses such as Horace Fuller, who have recently celebrated their 100th anniversary. We are very proud of our local area and have thoroughly enjoyed researching and writing this history piece, and we look forward to continuing to work closely with local businesses.

Reasons why plugins are time-saver for WordPress developers 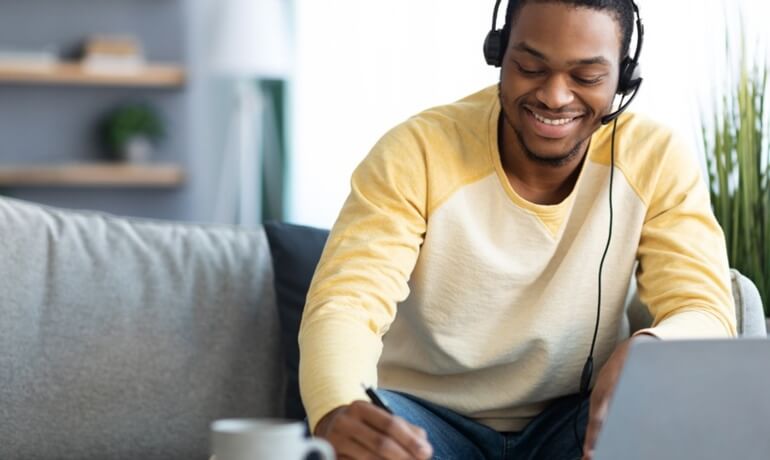 7 reasons for using text to speech in your online training 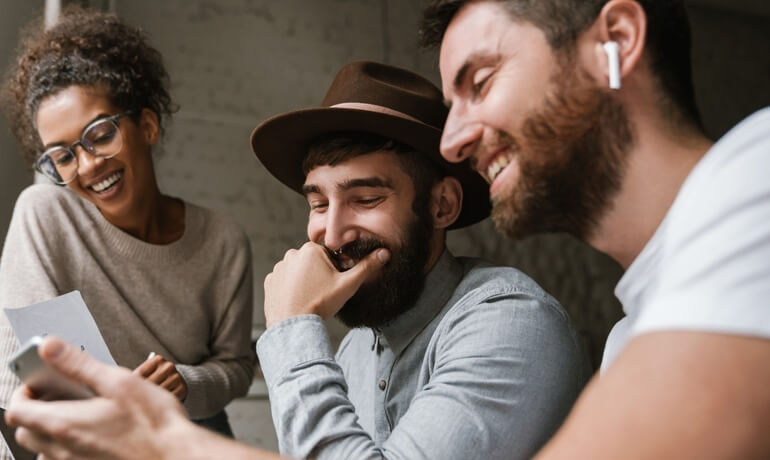 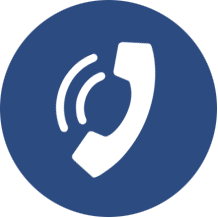